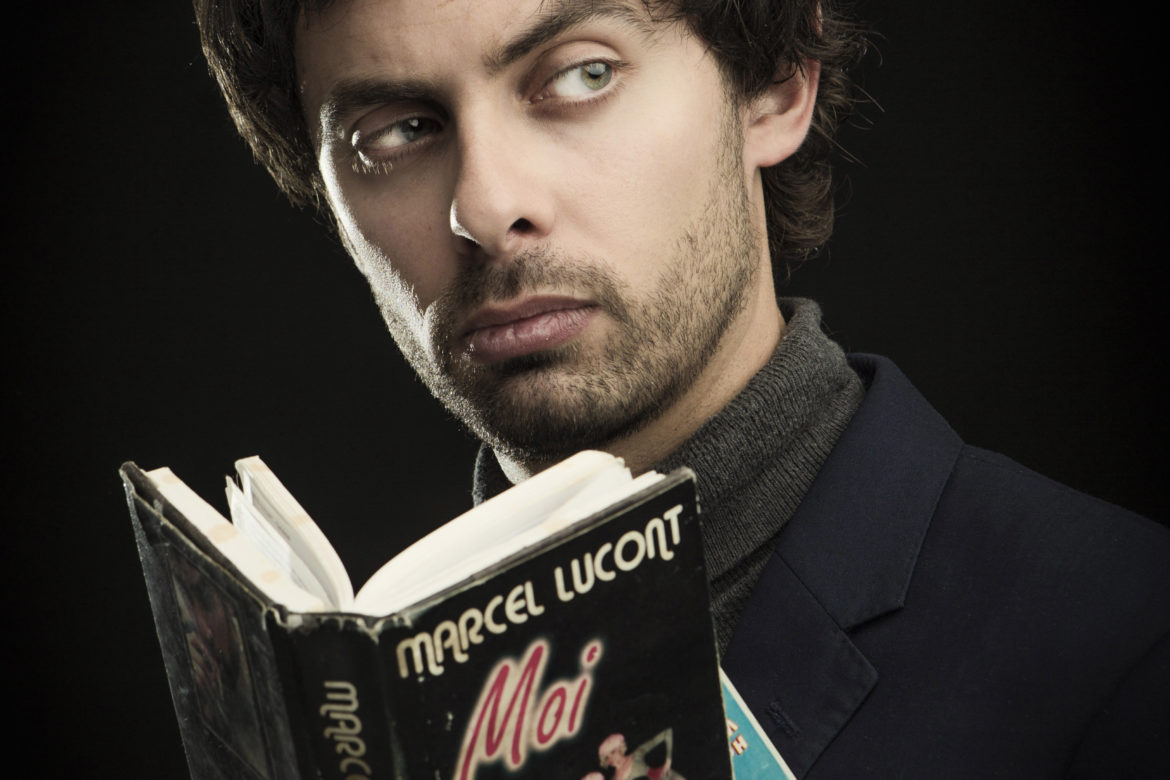 The legendary flâneur, raconteur and bon-viveur promises to charm the women and mock the stupid; such is his unassailable arrogance.

The French, self-centred alter-ego of Alexis Dubus, Marcel Lucont has toured the world with his dry wit, bawdy chansons, literary sophistication and exquisite sex poetry; The Tits Of The Brits and Baise-Moi Ce Soir Dans Le Pissoir, among the legendary titles. Now he is making a special trip to the second city of The Empire and promises that every one in the audience will have their life enriched by this experience.

Adopting a status higher than Mont Blanc this philosopher, poet, lover and bon vivant will spend the best part of his set on his two favourite subjects: himself, and how much better than you he is.

Marcel was named the best sketch, character or improv act in the 2015 Chortle Awards, a year after being nominated in the same category. He was winner of the 2012 Amused Moose Award for the Best Comedy Show of Edinburgh Fringe and the 2013 Fringe World Award for Best Comedy.

‘Debaucherous, delightful and debonair. French funnyman Marcel Lucont knows how to put on one hell of a show’ – Perth Now, Australia.

6’ 2” skinhead Gary Little, who is blessed with that special brand of Weegie banter, will join Marcel Lucont on the Drygate Brewery stage. He is one of the most consistently funny acts in Scottish comedy, forcefully opinionated combined with unflinching honesty and openness. His imposing physical presence and his masculine, sweary persona is undercut by his obvious warmth, personable style and slight vulnerability. When Little speaks from the heart about such things as his man-of-few-words father, religious figures and sudden deaths, this is when he really shines.

Jojo Sutherland, the charismatic comic with a commanding stage persona, will compere the evening, keeping both comedian and audience in check. She is in as much demand for her compere abilities as she is for her comedy routine.

Her natural stage presence alongside her “healthy neglect” approach to life and parenting forms the backbone to her material. This is interspersed with everyday grievances and motherly advice. It is a comedy journey through life’s ups and downs and twists and turns. As an accomplished actress Jojo frequently appears on stage and undertakes work from a variety of fields including radio presenting and improvisational forum theatre.

Gilded Balloon Comedy at Drygate brings together the very best craft beer, fearless food for the soul and strong intelligent comedy with a quality blend of up and coming comedians and the finest established comics in an intimate comedy club. Audiences can also enjoy the popular dinner and comedy packages that have the craft beer kitchen and bar – The Vintage at Drygate – take on the role of front of house hosts.